What is the difference between DUI and DWI?

DUI stands for driving under the influence. If a minor (a person under 21) drives in a public place with any detectable amount of alcohol in his system, he has committed the offense of DUI. For a first offense, DUI is classified as a Class C misdemeanor (the same level as a traffic ticket). DWI stands for driving while intoxicated. A person, including a minor, commits this offense if he operates a motor vehicle in a public place while intoxicated. Intoxicated means:

A first time DWI is classified as a Class B misdemeanor with a possible punishment of up to 6 months in jail and a fine up to $2000.

Can I be guilty of Driving While Intoxicated (DWI) if I am taking prescription medication?

Yes. The Texas DWI law makes it illegal to drive if you are intoxicated due to “the introduction of alcohol, a controlled substance, a drug, a dangerous drug, a combination of two or more of those substances, or any other substance into the body.” Prescription medication qualifies as a drug. If a police officer stops you and believes you have lost the “normal use of your mental or physical faculties” because you have ingested anything on this list, he will arrest you.

If I am arrested for DWI or DUI, do I have to take a breath test?

No. If you are arrested for either of these offenses, at some point a police officer will ask you to take of a breath or blood test. By law, you have the right to refuse to provide a specimen of your breath or blood. Refusing to provide such a specimen will result in the suspension of your driver’s license for a minimum of 180 days if you are 21 years of age or older. If you are under 21 and refuse to provide a sample, the suspension is for a minimum of 90 days. You have the right to challenge this suspension and have a hearing in front of an administrative law judge.

Is there a situation where I cannot refuse to provide a sample of breath or blood?

Yes. If you are involved in an accident and arrested for DWI, a police officer can make you provide a specimen of blood or breath if at the time of your arrest, the officer reasonably believes that as a direct result of the accident: 1) any individual has died or will die; or 2) an individual other than the person arrested has suffered serious bodily injury.

What happens if the police don’t read my “rights” to me when I’m arrested?

Many people believe that police officers must read a person his “rights” in order for the arrest to be valid. This is a common misconception that comes from movies and television. We have all seen the police officers on television tell someone “You have the right to remain silent and anything you say will be used against you in a court of law.” When a person gets arrested, at some point a police officer may give him this warning, along with others, regarding his right to remain silent and his right to have an attorney present during questioning.

If the police fail to give an arrested person these warnings (the exact wording of the required warnings is found in Article 38.22 of the Texas Code of Criminal Procedure), any statement made by the person, that is the result of custodial interrogation by a law enforcement agent, cannot be used as evidence against that person. However, the lack of these warnings does not invalidate the arrest. Nor does it prevent the prosecution from using lawfully obtained evidence against the arrested person.

If I ask a person if he is police officer before I engage in an illegal act with him (such as prostitution or a drug deal), can he still arrest me?

Yes. Many people think this qualifies as entrapment. Under the law, it does not. An entrapment defense is available if a police officer, or other government agent, induces a person to commit an offense he would not otherwise commit, by using persuasion or other means likely to cause a person to commit the offense. An example of this type of persuasion would be a police officer who offers a person an extremely large amount of money to commit an offense that person would not otherwise commit.

Will I get my bond money back after my case is concluded?

The answer to this depends upon what kind of bond you posted. Bail is designed to assure that a person charged with a criminal offense will appear in court at the appropriate times. In exchange for providing money to the County, a person is allowed to remain free while their case is pending. As long as the person appears in court as directed by the judge, and abides by any other bond conditions established by the court, the bond remains in force while the case is pending. However, if a person does not appear in court as directed, or violates any condition of his bond, the bond money may be forfeited to the County and a warrant issued for the person’s arrest.

If a person charged with a criminal offense posts the entire amount of the bond in cash, that money is returned to them at the conclusion of the case. That is, of course, as long as the person appeared in court as directed and did not violate any other conditions of his bond.

Many times, bail is set too high for a person to post the entire amount. Bondsmen allow you to pay a percentage of the bail in exchange for their pledge to the court that you will appear as directed. Under this arrangement, the bondsman is paid for his services and the person accused does not get his money back at the conclusion of the case.

What is deferred adjudication probation? 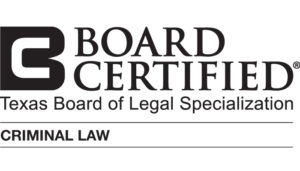 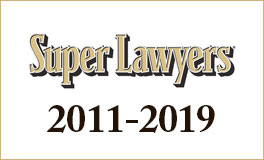 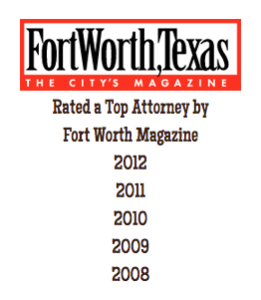